What is Tomatis Audio-Vocal Training?

What Is The Tomatis® Method?

Listening Is Not the Same as Hearing…

The Tomatis® Method was developed by Alfred Tomatis (1920-2001), a French Ear Nose and Throat (ENT) physician. He devoted a considerable part of his career helping professional singers and studying the relationship between the ear and the voice. On the basis of his research, Dr. Tomatis made a distinction between hearing and listening and emphasized the interconnections of the ear, brain (Central Nervous System), and body. His discoveries were validated at the physiology laboratory of the Sorbonne and were presented to the Academy of Sciences and Academy of Medicine in Paris in 1957 and 1960.

The method simultaneously works on three core functions of the ear:

Hearing, Balance and Energy to:

The Tomatis® Method has helped adults and children with:

Dr. Alfred A. Tomatis, (MD & researcher), Ear, Nose & Throat physician, who began his medical career working with professional singers in France as well as those with auditory trauma from working around jet engines. He discovered that if your ear carrying any unresolved trauma, that is may not be able to protect itself and like those working around jet engines, the ear can lose its ability to protect itself. He also discovered that it is the right ear that is the performance ear and that if the left ear is doing that function, you will have a more difficult time singing in public and not benefits energetically from your own voice, called cortical recharge.

His research demonstrates the essential part the human ear plays in the control of voice production, in body awareness, and in fine as well as gross motor control (control of our body moving in space). In the course of his work, Dr. Tomatis investigated the influence of acquired listening dysfunction on the vocal qualities of singers and on the instrumental performances of musicians.

Tomatis Listening training via his Electronic Ear (now called the TalksUp® Device)  is used by professional singers to tune their voice, improve confidence and reduce performance anxiety because the ear is the gateway to the brain (Central Nervous System). And with the Tomatis Listening Assessment using an audiometer, we can see how your ear listens both in bone vibration as well as in space/air. If there is a dysfunction that is preventing the ear from becoming the ear of the virtuoso, we can improve that function with listening training specifically designed with you, based on your goals and your listening profile.

Tomatis work demonstrates that the ear is involved in many human functions, among them hearing, balance, posture, gait, kinesthesia, as well as listening (a higher act then simply hearing) and cortical recharge. And he showed how it is the ears that sines if you know your neuro- physiology! If you ear cannot attune to a particular frequency, it cannot emit that sound.

What is a virtuoso?

The virtuoso is someone who has mastered her voice or musical instrument, knows how to control with maximum exact precision all the parameters of the musical piece she is performing. Dr. Tomatis showed that improvement of the auditory skills of a performer, specifically of her self-monitoring through listening, allows her to acquire a greater mastery and innovation of her voice or instrument. The Tomatis method, applied to singers and musicians, increases listening ability and leads to an improvement in performing potential.

With a Tomatis Listening Test, we can see if there is a listening block as well as determining how well you are capable of skilled listening.

These narrowly overlapping and complementary functions of the ear constitute the listening act. The failure of one or several of these parameters provokes a disharmony which translates into dysfunctional listening and consequently into deficient musicality. For the singer, this can translate into singing sharp, flat or simple poor timbre and lack of bone conduction of their voice which is the underpinning of all virtuosic singers.

Here below is an outcome of the Tomatis Listening test. The ‘ideal curve’ is labeled the “balanced curves“. The Air Curve (blue) is above the Bone Curve (red) and it follows all the necessary behaviors that Dr. Tomatis discovered was necessary for authentic, virtuosic singing. No one will probably ever meet the ideal curve, but we can help you improve your overall balance and this will make a world of difference in your singing and overall performing including memorization, movement, emotional regulation and more.

Below, the “unbalanced curves“. Of course, there is no person with a perfectly ideal curve but there are known parameters that will improve the Listening Posture and further on the Signer’s Posture, body awareness and control, enhanced flexibility and elasticity, better control of what you want to and do not want to listen to (a key skill for the singer who performs live on stage), and the tone of your voice that matches your speaking voice. 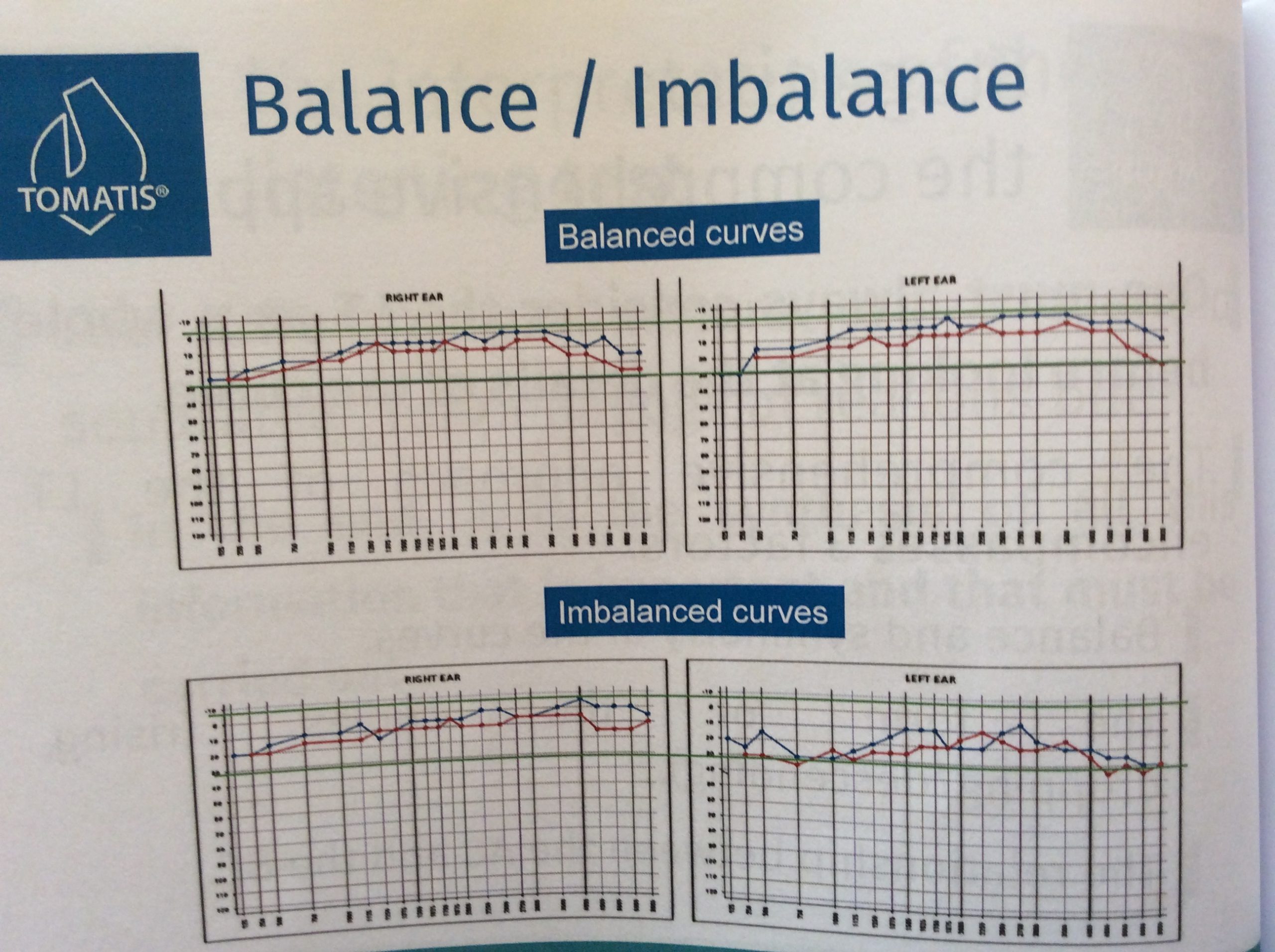 If you want to know more about this approach, please reach and and we can set up a Zoom call or simply email me at david@thesingerscenter.com or with the form below: