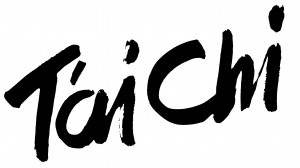 This ancient Chinese form of exercise, as well as the highest of all martial arts done non-aggressively, is the perfect practice for the singer, actors or musicians, since it embodies the important sensory-motor skill of active listening while remaining relaxed at all times that the virtuosic singer (or actor or musician) must achieve in order to master performing for live audiences.

It provides you with vitality, a sense of calm, and mindful awareness that no other exercise can.

The movements of Tai Chi are slow, precise, relaxed and ongoing with no stops or breaks from beginning to end of the form. David teaches the first third of the Tai Chi form to singers which embodies all of the core principles of Tai Chi (Supreme Ultimate).

In Tai Chi, because it is always done in complete relaxation, the intrinsic muscles are being exercised and developed in a unitary way, the same set of muscles that I call the ‘singer’s muscles’, also known as the emotional muscles.

These emotional, initiatory muscles must be in a state of compete relaxation in order to sing in your unique voice that Universe provided you with and that is like on one else’s voice. 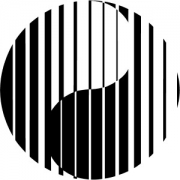 Chinese Yin-Yang symbol: is a Chinese philosophical concept that describes how so called opposites or contrary forces may actually be complementary, interconnected, and interdependent in the natural world, and how they may give rise to each other as they interrelate to one another.

Tai chi is often described as “meditation in motion,” but it might well be called “medication in motion.” There is growing evidence that this mind-body practice, which originated in China as a martial art, has value in treating or preventing many health issues. And you can get started even if you aren’t in top shape or the best of health.

In this low-impact, slow-motion exercise, you go without pausing through a series of motions named for animal actions — for example, “white crane spreads its wings”. As you move, you breathe deeply and naturally, focusing your attention in your dantien (center of gravity) which provides the experience of feeling your body all at once rather than a bunch of ‘parts’ that you have to coordinate with your thoughts. Tai chi differs from other types of exercise in several respects. The movements are usually circular and never forced and the muscles are relaxed rather than tensed. And, you are always actively receptive and reaching toward heaven with you head while simultaneously sinking your weight in toward the center of the Earth. Tai chi can be easily adapted for anyone.

David Delaney began studying Tai Chi  at the School of Tai Chi, Inc. in 1985 New York City with Tai Chi Foundation Legacy Holder Margaret Matsumoto under the direction of Professor Patrick Watson (Yang Style Short Form as synthesized by Doctor Cheng Man-ch’ing). David has taught Tai Chi to the public since 1992 and has developed a synoptic method of training singers in the somatic-motor skills and principles derived from Tai Chi that are also needed by the singer who sings for live audiences and wants to achieve mastery of her body-voice-mind.

What is a virtuosic singer article by David Delaney

What is a virtuosic singer